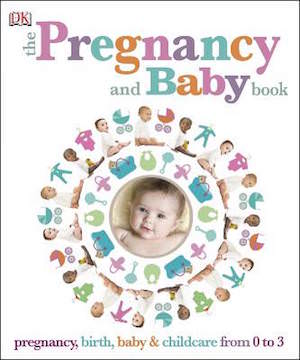 The Pregnancy and Baby Book review

The brilliant thing about this book is its breadth of coverage. It is a “one stop shop” from conception to dealing with your three year old child. As such, it could become a faithful companion to a woman as she makes the transition from mother-in-waiting to seasoned parent.

From the very beginning, this text is easy to follow. The information itself is contained in bursts of fascinating facts rather than solid chunks of deep analysis. The illustrations are presented in a really interesting way, which makes it stand out from its peers. It is arranged more like a coffee table book rather than a text book, which means that dipping in and out of it is easy. Even if you are not pregnant or a new parent, the pictures are still worth a look!

Aside from the usual “what is happening this week” trip through pregnancy and beyond, this book addresses issues that surely cross the minds of most parents to be, such as how their child will make friends; how your own parents will deal with becoming grandparents and when you should cut your child’s hair.

The sections on dealing with toddlers are the strongest, because the book provides a good mixture of health advice and suggestions about what games you might play together. Other books may peter out at around 18 months, but this one provides plenty of inspiration for people who want to engage with their children but may not be sure how to go about the next stage in their child’s development.

Most of the information the editors provide is in line with the current body of medical opinion. There are a few parts of the book, however, where the book does not seem to point the reader very strongly in any kind of direction. For example, it is commonly acknowledged that breastfeeding offers nutritional and immune system boosting benefits over bottle feeding, and health practitioners universally promote it over formula (whilst acknowledging that some people have difficulties). This book mentions these advantages briefly but does not sing the message very strongly.

Further, the editors have a habit of throwing out lots of statistics without giving the references for them. Whilst the book has been checked by qualified midwife consultants, the contents have mostly been written by people who are not health professionals. This results in a chatty tone which does not come across as very scientific.

However, if you are feeling overwhelmed by the sense of responsibility that being pregnant brings, this book could be exactly the kind of light reading that eases you into becoming a parent. It does not lecture or overwhelm parents-to-be, and has a pleasantly informative rather than alarmist tone.